TEN chefs, more than ever before, bring their cooking prowess to Chef Fest this year. A James Beard award winner heads up Suds & Sliders night; two more share their knowledge through the Hot Stove Society on Friday; and finally, our six Main Event competitors – three from East of the mountains and three from the West – will each enter a dish inspired by a local wine or beer and a piece of music from the upcoming season at Icicle Creek – and YOU’RE THE JUDGE. A chef from Team East and Team West will meet in one of three culinary battles – Battle Surf, Battle Turf and Battle Veg. The 2019 contenders each bring their own cooking style and philosophy, but they all bring passion and talent. Here they are:

GET YOUR TICKETS TODAY

Working with food writer Adrianne Dow Young, Chef Cannella is preparing a tasting series carefully paired with local wines for the First Bite Wine Walk, a culinary romp through the woods on the campus of Icicle Creek. Chef Cannella and Young have been a culinary team since 2006.  Chef Cannella has spent his professional life working in restaurant kitchens and holds a degree from the Culinary Institute of America. His recipes have been featured in The New York Times, Bon Appetit, cookbooks and regional publications. Together, they create simple, approachable food without pretense. 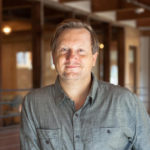 Our featured chef for the Suds and Sliders event on June 13 has been nominated for a James Beard Award and was named Best Chef Northwest by the James Beard Foundation in 2007. His Seattle eatery, Lark, is an artisan-focused dinner restaurant invested in organic, foraged and heirloom ingredients and flavors, while his second restaurant, Slab, focuses on locally-sourced lunch service. He’ll be cooking a series of sophisticated sliders inspired by local brews created by 509 Bierwerks brewmaster and owner, Grant Stoebner. 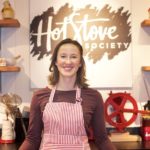 Since childhood, cooking has served as a creative outlet and as a way to connect with plants, gardening, and diverse cultural cuisines for Hot Stove Society Sous Chef Lexi Ochoa. Some of her favorite foods to cook with are seasonal vegetables, herbs, and old world grains. She’s enthusiastic about her ongoing pursuit of a worldly cooking education, which seeks to encompass traditional and modern techniques and the exploration of ingredients and their path through history. 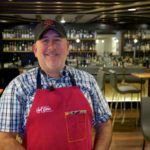 A graduate of Hackensack High School, Corporate Executive Chef Chris Schwarz has been cooking professionally since 1993. He has served as Executive Chef at Etta’s and currently overseas the entire chef team at Tom Douglas Restaurants group. Chef Schwarz will team up with Lexi Ochoa to lead the Hot Stove Society class, “Smoke & Fire.” Joining them for the demo event that follows will be two more Tom Douglas Chefs, Tori Mann of Lola and Kyle Johnson of Home Remedy.

Chef Ludger Szmania operated the popular Seattle culinary destination called Szmania’s with his wife, Julie, for 24 years before moving to the Wenatchee Valley in 2014. A former executive chef for the Four Seasons Olympic Hotel, Chef Szmania has had some big names working under him, including his former sous chef, Ethan Stowell, just to name one. They now live in Wenatchee at their beautiful riverfront Bed & Breakfast, winery & event venue, Warm Springs Inn & Winery. In addition to amazing breakfasts, the Inn has received national & international accolades over the last five short years where he’s happily the chief gardener, winemaker, (almost) retired chef and lead maintenance man– with Julie who does everything else!

Paired with: Water From Wine

Seattle native Tori Mann took over the Chef position at Lola after only two years as Sous Chef. She has worked with some of Seattle’s finest chefs, including Thierry Rautureau at Rover’s; Phillipe Thomelin at Olivar and Brock Johnson at Dahlia Lounge. Tori lives with her husband Branden and their young daughter Grace in West Seattle.  Tori and Branden cultivate a big vegetable garden and raise chickens.  They also enjoy fishing and other outdoor activities like mushroom foraging.  They go out to eat frequently so they can stay current on Seattle’s vibrant restaurant scene.  She feels lucky to be around good food and in a good locale, and to be able to experience all that  a food focused life has to offer.

Growing up in and around restaurants Chef Michelle St. Dennis has always enjoyed the culinary arts. It wasn’t until after high school she decided to pursue this passion. She moved to Seattle to attend culinary school but instead was thrust into the restaurant world where she quickly moved up the culinary ladder. She worked as sous chef for a couple years and later as a baker.  She then joined her husband, Frank, at Vin Du Lac Winery before opening the Pybus Bistro together in Wenatchee.

Chef Stuart Lane leads the kitchens at Spinasse and Artusi in Seattle with the goal of furthering the restaurants’ perspectives on the food and feastings of the Piedmont region of northern Italy. Chef Lane graduated with a degree in Culinary Arts and in 2004, and then left for Costigliole d’Asti to attend the Italian Culinary Institute in Piemonte. He later staged at the Hotel Monte del Re in Dozza Italy outside of Bologna. Upon returning to the U.S. he worked at Cafe Juanita as a prep cook, pastaoli, and finally, Chef de Cuisine. In 2010, Chef Lane came to Spinasse as Co-Sous Chef, and by 2013 he was overseeing the menus as head chef at both Spinasse and casual Italian eatery and bar, Artusi.

Chef Ben Herried grew up in rural Vermont and opened his first restaurant at age 20. He studied the culinary arts at South Seattle Community College while apprenticing under Italian Chef Elisa Marzano of the incomparable Marzano Italian Restaurant where Ben  first discovered his love for handmade pasta. This passion led to his opening a fresh pasta company Arista Pasta & Specialty Foods in 2012. In spring of 2017, Ben and Anne were looking for a place to relocate their growing family and, missing the four seasons and rural values of childhood in Vermont, Leavenworth seemed a perfect fit. He opened and operates Wildflour, the new restaurant at Lake Wenatchee’s Kahler Glen.

The son of a chef, Chef Kyle Johnson was born in Anacortes, WA, raised east of Cleveland, OH, and ultimately returned to his PNW roots in 2010 to work at Seatown Seabar in its opening year. Chef Johnson moved to Dahlia Lounge, working his way up the line to sous chef by the summer of 2017 before accepting the head chef position with Cantina Leña. In late 2018, Chef Johnson returned to the Tom Douglas Restaurants group, taking on the chef position at Home Remedy. When Kyle isn’t cooking at Home Remedy, he is usually cooking for his friends, family and amazing wife, Tara, at their home in White Center, or making hilarious dad jokes.

GET YOUR TICKETS TODAY!