A weekend of workshops, films and fun for the whole family.
Come to all or part, just be sure to bring your imagination.

Festival Pass
(for all screenings, workshops not included)
Reserve tickets for all the screenings at once. 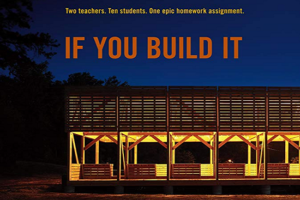 FREE SCHOOL SCREENINGS: IF YOU BUILD IT
Oct 11 at the Numerica PAC, Wenatchee
Oct 12 at Snowy Owl Theater, Leavenworth
Free to schools by arrangement.
If you are interested in bringing your class to a screening please
contact Steve Scott, steve@north40productions.com

From the director of WORDPLAY and I.O.U.S.A. comes a captivating look at a radically innovative approach to education. IF YOU BUILD IT follows designer-activists Emily Pilloton and Matthew Miller to rural Bertie County, the poorest in North Carolina, where they work with local high school students to help transform both their community and their lives. Living on credit and grant money and fighting a change-resistant school board, Pilloton and Miller lead their students through a year-long, full-scale design and build project that does much more than just teach basic construction skills: it shows ten teenagers the power of design-thinking to re-invent not just their town but their own sense of what’s possible.
Directed by Patrick Creadon and produced by Christine O’Malley and Neal Baer, IF YOU BUILD IT offers a compelling and hopeful vision for a new kind of classroom in which students learn the tools to design their own futures.

FRIDAY, OCT 12 at Icicle Creek Center for the Arts in Leavenworth 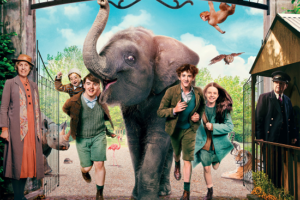 Based on the true story of Ireland’s WW2 “elephant angel”, follow several determined youngsters who band together for a cause bigger—much bigger—than themselves. When Tom’s father, a veterinarian for the Belfast Zoo, is called away to war, Tom feels its his duty to ensure the well-being of the animals, including its newest addition, a baby elephant. But the impending German air raids and short-sighted decisions of the Zoo staff threaten to endanger the animals, and Tom must act quickly in this inspired-by-true-life tale of family, friendship, and empathy.

In English
Recommended age for ages 8+

SATURDAY, OCT 13 at Icicle Creek Center for the Arts in Leavenworth 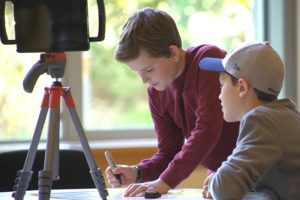 Bring your imagination to life one frame at a time. Learn first-hand how stop motion movies are made. This workshop is suitable for ages 10 and up. Led by Nick Dirk, an accomplished local filmmaker and photographer who has worked on everything from feature films and documentaries, to commercials and social media campaigns. As part of the Icicle Creek Summer Film Camp staff, Nick discovered that he has a passion for helping kids tell their own stories through the power of film. 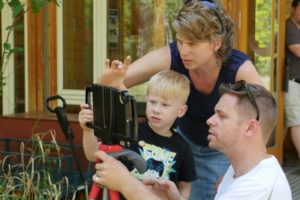 Storytelling doesn’t require special equipment. Learn how in just 2 hours you and your family can make a movie together with Seattle artist, educator and filmmaker Dillon de Give. This workshop is specially designed for families to experience together, though kids are welcome to attend by themselves! This workshop is suitable for ages 5 and up with an adult. 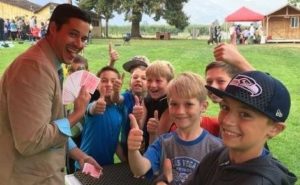 Hot dogs, popcorn, and other snacks will be available for purchase!

Magic Show with Jason Sims before the 1:30 and 3pm films 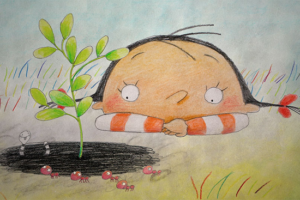 Prizewinning and Audience Favorite Animated Films from the 2018 Children’s Film Festival Seattle.
Dive into exciting adventures, vibrant colors and exquisite storytelling with this timeless collection of 11 animated films from 9 countries. Chase a kite into a mysterious cave, discover how to light up a dark forest, fill up a marvelous hole in the ground, soar with a flock of birds, discover the way to wake up a whole town, swim with a magnificent Orca, and discover all the things that make you special!

The Little Bird and the Caterpillar
(Lena von Döhren, Switzerland, animation, 2017, 4 min, nonverbal)
A little bird has plenty of peace and quiet high up in its tree, at least until an uninvited guest shows up!
Watch the trailer

A Hole
(Maribel Suárez, Mexico, animation, 2016, 4 min, nonverbal)
A little girl, delighted and intrigued by a hole, offers it all kinds of presents and treats.
Watch the trailer

The Reflection in Me
(Marc Colagiovanni, USA, animation, 2017, 3:43 min, English)
A girl glances in a mirror, and sees a friend peering back at her.
Watch the film

Weasel
(Timon Leder  Slovenia, animation, 2016, 11:35 min, nonverbal)
A hungry Weasel sneaks up on a flock of birds living on a last standing tree, but then disaster turns into something completely unexpected.
Watch the trailer

Awaker
(Filip Diviak, Czech Republic, animation, 2017, 9:31 min, nonverbal)
Long ago, in a cold Nordic country, a man toils at his job of waking people up. But one day, a shiny bell changes his life. No trailer.

Autumn — winner of the CFFS Catbus Kids Youth Jury Special Prize for Best Film for All Ages
(Helene Letourneur, France, animation, 2016, 3 min, nonverbal)
Autumn is in a hurry to paint her colors on the world. But there isn’t much time: Winter is on the way.
Watch the film

The Mountain of SGaana — winner of the Iron Giants Youth Jury Award for Best Short Animated Film
(Christopher Auchter, Canada, animation, 2017, 10 min, nonverbal)
As a young fisherman cruises along a rugged shoreline, a tiny mouse in Haida regalia appears and starts to knit a blanket. A story unfolds on the blanket as it grows longer, illustrating the ancient tale of Haida master sea hunter Naa-Naa-Simgat and his beloved, Kuuga Kuns.
Watch the trailer 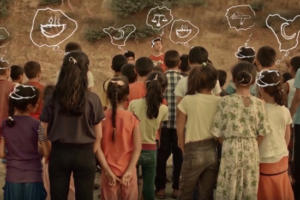 Prizewinning and Audience Favorite Live Action Films from the 2018 Children’s Film Festival Seattle.
Who says being a kid is easy? The young people in these films must overcome all kinds of challenges, big and small, to follow their dreams. Meet a non-gender-conforming kid who finds courage in a new friendship, a boy who discovers the healing power of art, a child who finds a wily way to lure a teacher to his town, a girl who overcomes her fear of strange food, and a boy and his father who form a bond over a simple Japanese dish. This program concludes with a documentary about a talented young Iraqi refugee, living in Lebanon, and a film from Puerto Rico that will urges youth to look up from their screens, and see the beautiful world around them.

Can You See the Future? Winner of the CFFS Plural+ Prize, for an international film by a filmmaker 25 years or younger
(Ismet Kale, Turkey, live action and animation, 2017, 2 min, nonverbal)
If you look closely, you can see that children are always dreaming of what they will be. This film encourages us all to support those dreams.
Watch the film

Cup of Tea
(Jitendra Rai, India, live action, 2016, 3 min, nonverbal)
Expect the unexpected in this film about a chance encounter between a young teacher and a knowledge-hungry boy.
Watch the trailer

Sammy Paramaribo: Bittersweet
(Barbara Breeder, The Netherlands, and Suriname, live action, 2016, 8 min, Dutch, with English subtitles.)
Sammy, from the Netherlands, goes on vacation to Suriname, where she learns to try new foods and meets new friends.

Mrs. McCutcheon
(John Sheedy, Australia, live action, 2017, 16:30 min, English)
Meet 10-year-old Mrs. McCutcheon — a kid who prefers the flow of a dress than the cut of a pant. At a new school, Mrs. McCutcheon is having trouble finding acceptance from the other kids in the class — except for Trevor, a tough little charmer who also suffers prejudice due to his Aboriginal heritage. Together, the pair sets off for the school dance.
Watch the trailer

Scrap Dolls
(Aude Cuenod, USA, live action, 2016, 14 min, English)
On the east side of Detroit an 11-year-old boy, grieving over the loss of his best friend, encounters an artist who makes art out of abandoned objects.
Watch the trailer

Youth Challenge
(Julio Benito Cabrera, Puerto Rico, live action, 2017,  4 min, nonverbal with some Spanish intertitles)
This film from Puerto Rico reminds all youth to look up from their phones, to see if there is a person near them who needs help. Every act of kindness makes the world a better place.
Watch the film

Content advisory: There are scenes involving bullying in both Scrap Dolls and Mrs. McCutcheon. Mrs. McCutcheon also contains two mild swear words, spoken by children in a schoolyard. Riceballs and Scrap Dolls both deal with the loss of a loved one in a positive, healing way. 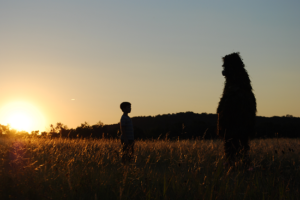 Ten year old Thomas has a best friend: Felix the Fox. But his parents want him to make “real friends”, so they send him to summer camp. He hates it. So he and Felix make a midnight escape. Join Thomas and Felix on an adventure of self-discovery that will delight young and old alike.