A week of lessons and fun for aspiring pianists ages 13-18.

This Icicle Creek Center for the Arts program welcomes young aspiring pianists, ages 12-17 years, for a week long session of individual lessons, practice, masterclasses and workshops, inspiring nature hikes in the spectacular Cascade Mountains, and outings to the Bavarian Village of Leavenworth.

Piano Camp is open to intermediate and advanced pianists who have had at least five years of private lessons and have studied and performed standard repertoire of equal or greater difficulty to:

$50 deposit is required for registration

A number of need-based scholarships will be given out to deserving students. Please indicate your interest in financial aid on the registration form and also complete the online scholarship application. You need to register even if your participation in camp is contingent on receiving a scholarship.

$50 deposit is required for registration

We are following Washington State and CDC guidelines for camps.

We continue to monitor and analyze the directives provided by local, national, and world health agencies on a daily basis and are committed to implementing recommendations from the health authorities to ensure the safety and wellbeing of our campers and staff, including frequent cleaning and disinfection of our spaces.

Learn from the pros 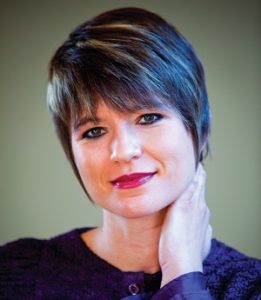 Pianist Oksana Ejokina appears frequently as guest recitalist and chamber musician on concert series across the United States and abroad. She has performed with the Seattle Symphony, St. Petersburg Chamber Philharmonic, Symphony Tacoma, Bainbridge Symphony Orchestra, and played in venues such as the Phillips Collection in Washington DC, Benaroya Hall in Seattle, Davies Orchestra Hall in San Francisco, and Klassik Keyifler Festival in Turkey. Two of her long-term collaborations are with pianist Christina Dahl and Volta Piano Trio, whose recordings for the Con Brio label received accolades in international music magazines, such as The Strad, Gramophone and American Record Guide. A sought-after teacher, Oksana is Chair of Piano Studies and Associate Professor of Music at Pacific Lutheran University, where she teaches piano and academic courses in Piano Literature and Piano Pedagogy. A passionate music education advocate, she has been associated with Icicle Creek Center for the Arts for nearly two decades developing and directing classical music programs. 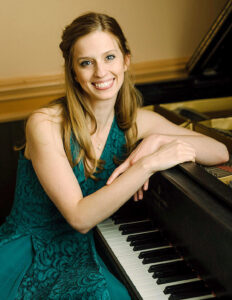 Praised by Joshua Kosman of the San Francisco Chronicle for her “crisp, brightly finished” playing and her “elegance and verve,” pianist Elizabeth Dorman received the 2017 Father Merlet Award from Pro Musicis and was a finalist in the 2018 Leipzig International Bach Competition. Dr. Dorman freelances as a soloist and chamber musician and lives in Berkeley, CA. She has appeared at international festivals including Tanglewood, Britt, Sarasota, Aspen, Toronto Summer Music, Icicle Creek, has twice been an Artist-in-Residence at the Banff Centre and her live solo performances have been nationally broadcast on NPR and public radio.